Board of Directors - Serenity Foundation 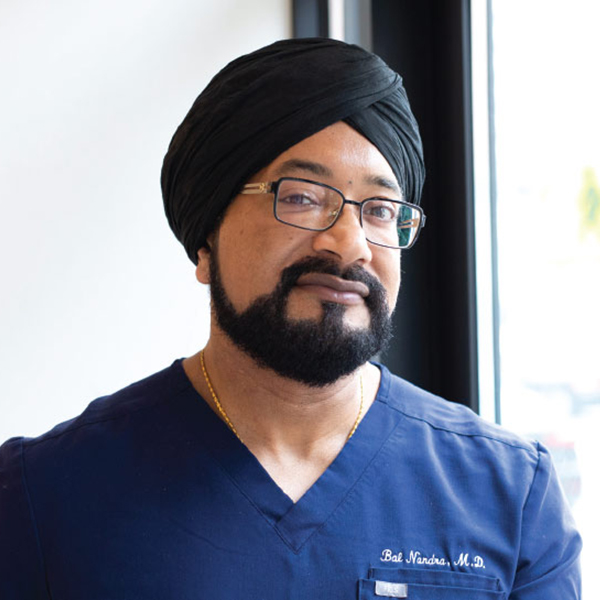 Board of Directors Chairman

Dr. Guriqbal Nandra, also known as “Dr. Bal”, is the Founder and Medical Director at IV Solution and Ketamine Centers of Chicago. He opened the clinic in early 2017 after learning of the dramatic effects of ketamine on major depression and realizing that treatment this powerful simply had to be made available in Chicago to the many thousands that struggle every day without much-remaining hope. Trained as an anesthesiologist and with over 20 years of clinical experience, Dr. Nandra brings his expertise and knowledge of ketamine infusion therapy and outpatient care to IV Solution. He completed his residency in anesthesiology at the University of Chicago, his residency in general surgery at Spectrum Health-Butterworth Campus in Grand Rapids, Michigan, and earned his Doctor of Medicine degree from the University of North Dakota School of Medicine and Health Sciences.

Having performed almost 10,000 ketamine infusions since IV Solution opened, his vast experience and dedication to his patients and their individual needs have made IV Solution among the most successful and well-respected ketamine clinics in the country.

Although IV Solution and Ketamine Centers of Chicago has become his passion and inspiration over the past few years, Dr. Nandra still practices anesthesia as time permits. He also spends time raising awareness of mental health and ketamine therapy via media such as radio, TV and speaking engagements. Our clinic is also proud to be partners with the National Alliance on Mental Illness (NAMI) at one of its largest chapters here in Chicago. He additionally communicates and collaborates with psychiatrists at Rush Medical Center, the University of Chicago, the Baylor College of Medicine, and Northwestern Memorial Hospital.

Born in Punjab, India, Dr. Nandra also grew up in England and Canada. During middle school, his family moved to North Dakota, where his father practiced medicine as a small-town rural physician and surgeon for over 20 years. Currently, Dr. Nandra resides in Chicago with his wife Jill, and their two daughters, Luella and Liv. He serves on a few nonprofit boards and was most recently on the Board of Directors of Frances Xavier Warde School in Chicago. 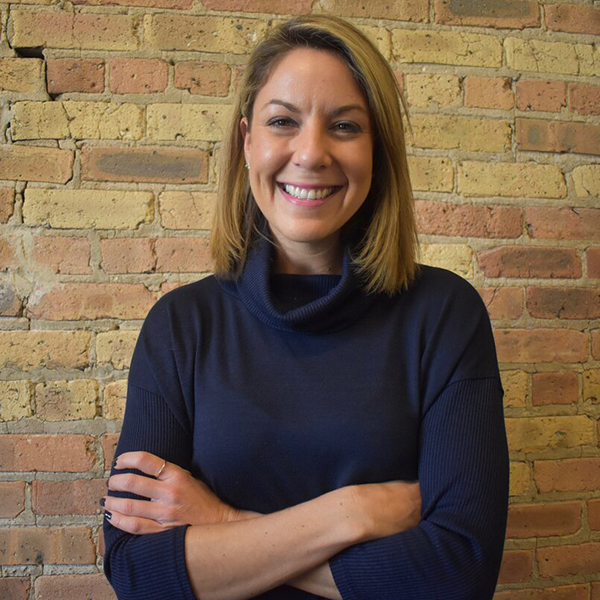 Alexa James has made NAMI Chicago a leading voice in the conversation around mental wellness, the challenges of the mental health system, and mental health education in Chicago and beyond. Under Alexa’s leadership, NAMI Chicago has built partnerships extending throughout Chicago and Illinois that strengthen our community’s response to mental health— including by emerging as a trusted partner and expert with Chicago’s first responder agencies, the Office of the Mayor, mental health providers, and community stakeholders. Alexa James assumed the role of Executive Director of NAMI Chicago in 2014 and transitioned to the role of Chief Executive Officer in 2020.

Alexa has represented NAMI Chicago on the Police Accountability Task Force under Mayor Rahm Emanuel, the COVID-19 Recovery Task Force under Mayor Lori Lightfoot, and Mayor-elect Lightfoot’s Health & Human Services Transition Committee. She has made numerous appearances on local media, including “Chicago Tonight” on WTTW and the Chicago Tribune. Alexa has grown NAMI Chicago’s presence in the community, not only in media and partnerships but by building a foundation for organizational growth that has particularly expanded NAMI Chicago’s Helpline services and community outreach capacity.

NAMI Chicago’s message is at the heart of Alexa’s leadership: that with courage and hope, we can bring healing to those who are overlooked in our mental health system, and in our society. In the 10 years prior to her appointment as Executive Director, Alexa worked with children and adults living with mental health conditions as well as those impacted by poverty and trauma. Alexa earned a Bachelor’s Degree in Psychology and a Master’s Degree in Social Work from Loyola University, as well as a Master’s Degree in Child Development from Erickson Institute. 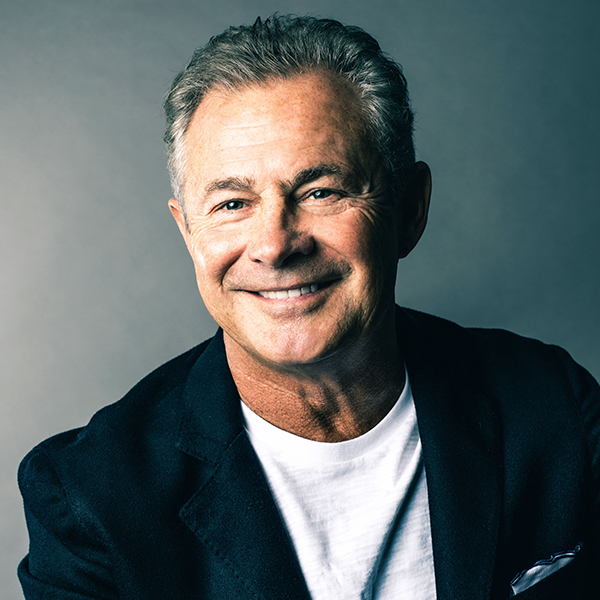 Larry is a Chicago-area native, who spent nearly 41 years in broadcasting. He started at Leo Burnett Advertising in Chicago in 1978, and moved on to television sales with ABC, working in Los Angeles, New York and Chicago, where he became local sales manager at WLS-Ch. 7.

In 1998 he joined WMAQ-TV as President and General Manager. He spent 15 years at NBC in various roles.

In 2012, Wert was recruited to Tribune Media as President post the company’s bankruptcy. Under his leadership. Tribune Broadcasting became the nation’s largest TV station footprint in the US. The company was sold to Nexstar Media in Sept of 2019. Since the sale, Wert is focused on various personal and business interests.

Wert has always been involved in the community. He was Chairman of the Museum of Broadcast Communications in Chicago. Currently, he serves on the Board of Directors for several charities, including the Children’s Brittle Bone Foundation, Catholic Charities, and the 100 Club. He is a member of the Governing Board of Gilda’s Club of Chicago, an advisor to the Chicago Chapter of Make-A-Wish Foundation and America Salutes Vets initiative. In 2018, he was inducted into the Chicago Catholic League Hall of Fame. Wert also is a lifetime Trustee for Fenwick High School in Oak Park, Ill.

Wert holds a BA degree in Journalism from the University of Wisconsin, Madison where he was a scholarship diver. He is married with four children and resides in his hometown of Riverside, Ill. 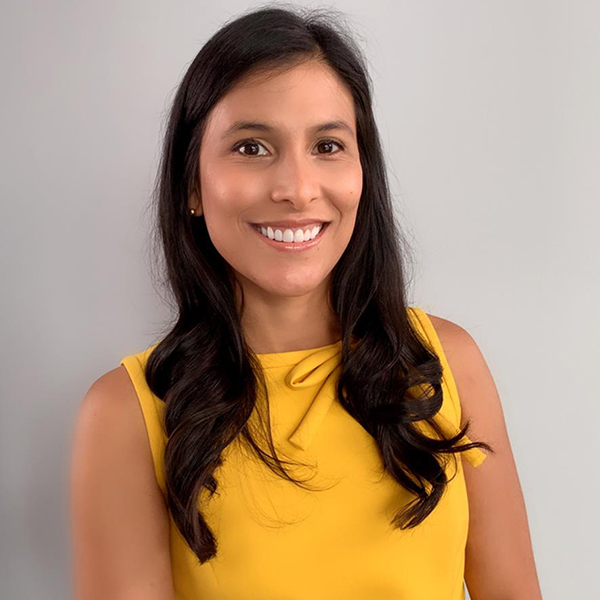 Liliana knew from an early age that she wanted to be an advocate for others. Having several attorneys in her family, she knew that pursuing a career in law was the right path for her. After moving to the United States from her native Colombia, Liliana completed her undergraduate studies at the University of Colorado and later obtained her law degree from the John Marshall Law School in Chicago.

In her decade-long career, Liliana has advocated for large, mid-size, and small organizations, in both transactional and litigation matters. She has also represented both injured workers and victims of personal injury accidents, in their fight for a fair result during the most difficult of times.

While practicing law has always been extremely rewarding, mental wellness advocacy is one of Liliana’s top priorities. After having experienced post-partum anxiety shortly after the birth of her daughter, Liliana understood the dangerous stigma related to mental illness in all communities, but especially prevalent in the Latin American community. Liliana acknowledges that a healthier mind is a happier life and that for some, a healthier mind is life. It is an honor for Liliana to serve on the Board of an organization that is not only normalizing non-conventional treatment for mental health conditions but also providing support and a community to those who need it most. 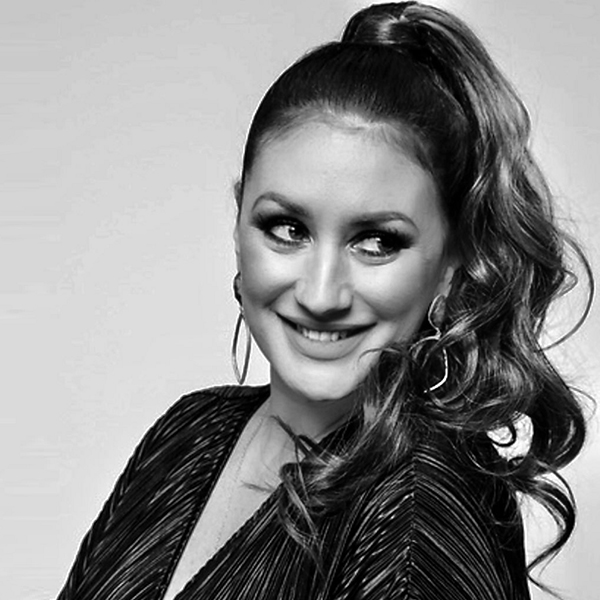 Angi Taylor is a 25-year radio and TV host, and a Chicago media staple. She’s the host of Chicago’s Rock 95.5 “Angi Taylor Show” weekday mornings from 5-10 am. Angi is a long-time mental health advocate and has been a ketamine patient of Dr. Bal’s for years. In her free time, she enjoys spending time with her husband and daughter, running, traveling, and a big glass of red! 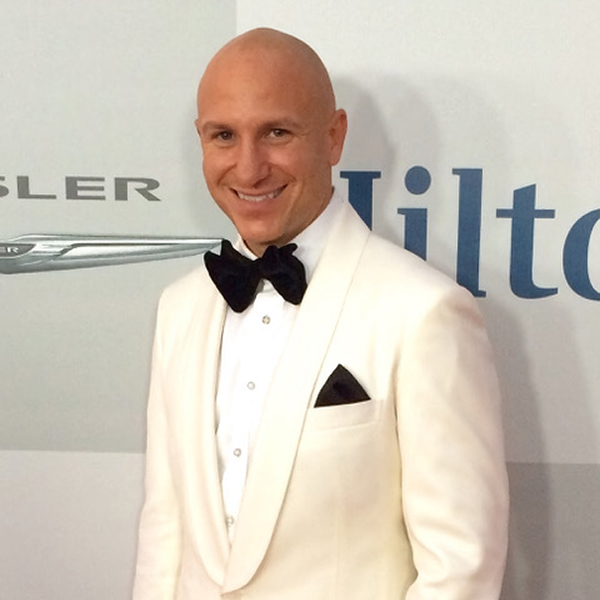 Born and raised in Cincinnati, OH, Jason has spent his entire professional life working in the music industry with the last 8 years as head of Sixtyfifty Marketing. Having lived in LA and NY as VP of Promotion for Warner Music and Motown Records, Jason moved to Chicago in 2009, where he still makes his home today.

Having battled depression and anxiety since a young child, Jason has been dedicated to breaking the stigma of mental illness. Having started as a client of IV Solution’s Ketamine treatments, Jason has made it a mission to spread the word about the benefits of Ketamine for depression and anxiety. Along with being on the board, Jason also donates time with NAMI Chicago, where he does speaking engagements, sharing some of his personal experiences with Mental illness.

In his free time, Jason a former amateur boxer, has found painting to be his favorite outlet and stress reliever. Drawing on his continued journey through mental illness, the themes and images in many of his works show people what’s going on inside the mind of everyday people dealing with anxiety and depression. 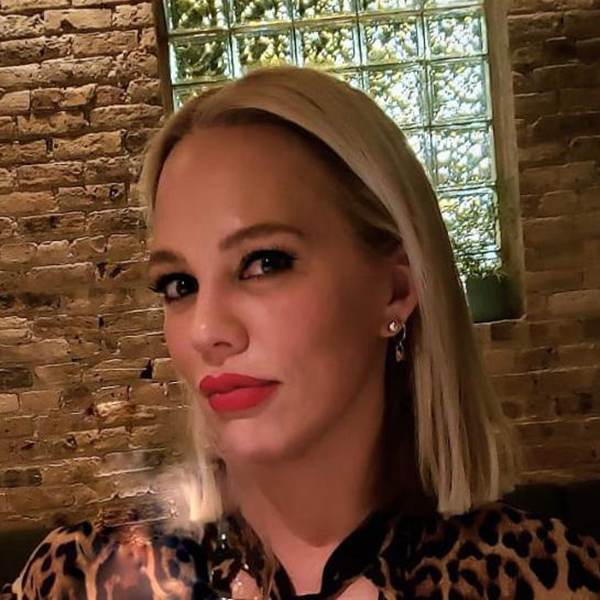 Dr. Jill S. Dodds was born and raised in Sioux City, Iowa. As the daughter of a pharmacist and entrepreneur, she chose to follow in her father’s footsteps and pursued an education focused on the like. After graduating with her B.S. degree, Jill went on to complete a degree in Pharmacy at the University of Iowa. Shortly after moving to Chicago, Illinois, her passion for her career-path drove her to complete her Doctor of Pharmacy degree at the University of Illinois at Chicago, from which she graduated with honors all while employed at the University of Chicago Hospitals. She was integrated into the solid organ transplant medicine, critical care, and infectious disease teams at the University of Chicago to carefully oversee and advise these teams on their complex pharmacologic protocols. After further employment at a private pharmacy in downtown Chicago that specialized in self-injectables and home chemotherapy, Jill married Dr. Guriqbal S. Nandra and now has two beautiful daughters. In 2007, she co-founded Metro Anesthesia Consultants. Ten years later, she and her husband opened IV Solution Centers.

Jill is active in her community and serves on the Joffrey Women’s Board, and is actively involved as both a volunteer and member of various committees at Frances Xavier Ward School in Chicago. Her philanthropic efforts are now an important element of her development, as is her dedication to mental health services and equality. 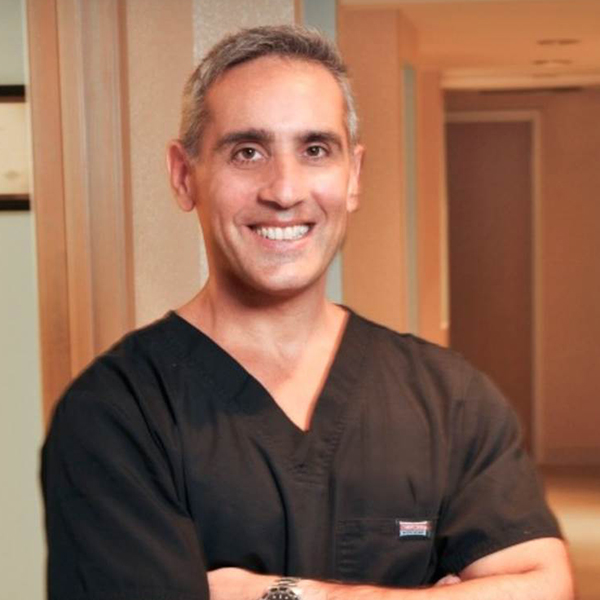 Dr. Irvin M. Wiesman is a board-certified plastic surgeon and an active member of both the American Society of Plastic Surgeons as well as the prestigious American Society of Aesthetic Plastic Surgery. Dr. Wiesman is a Chicago native. He attended medical school at the University of Illinois in Chicago and then completed five years of General Surgery at St. Joseph’s Hospital, a Northwestern University Affiliate. Following his general surgery training, Dr. Wiesman went on to complete a Hand and Microvascular Surgery fellowship at Washington University in St. Louis. He then finished his Plastic Surgery training at SUMMA Health Systems in Akron, Ohio.

Dr. Wiesman has presented many papers throughout the country, and he has been published in peer-reviewed journals and book chapters. He is currently involved with teaching residents in Chicago-area training programs. 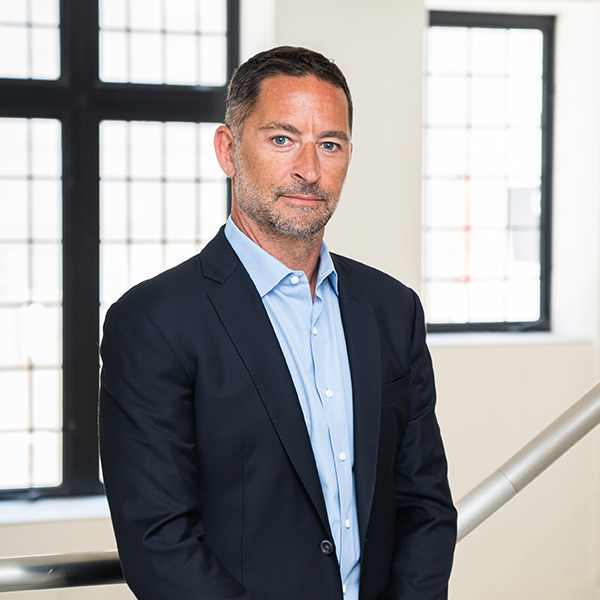 Dr. Marc Strongin is the Chief Executive Officer and co-owner of Illinois Orthopedic Network. Having graduated from the National University of Health Sciences in 1998, Dr. Strongin always had a passion for improving the lives of patients in need. After a few years of practicing chiropractic medicine, he realized that he would have a greater impact on patient care by founding a medical practice that focuses on the needs of injured workers. Since that time, Dr. Strongin has continued to focus his efforts on ensuring that all clinical staff and physicians affiliated with Illinois Orthopedic Network are providing the best patient experience, while focused on achieving outstanding medical results in order to allow the injured worker to concentrate on their recovery and return to their pre-injury capabilities.

In his free time, Dr. Strongin enjoys spending time with his wife, Samantha, and their three children. He also enjoys friendly competition with his friends and partners in different sports, including basketball and tennis.